Ontario’s most exciting new trail running event is as much an ode to the rugged terrain and stunning scenery of the Algoma Highlands, just north of Sault Ste. Marie, as it is a reflection of the enthusiasm of Nick Brash, a local runner and organizer of the Ultra Trail Stokely Creek. Brash had no idea of the mountains that existed in Ontario when he relocated from Kingston and set upon a “fitness journey” to redefine his life. Brash shed pounds and gained a new appreciation for northern Ontario as he explored the hundreds of kilometres of trails and bush roads at Stokely Creek, a nordic ski lodge set in a landscape of maple-clad hills, crystalline lakes and cascading rivers. Within a few years a self-proclaimed “fat guy” was super fit and hopelessly addicted to wilderness trail running. 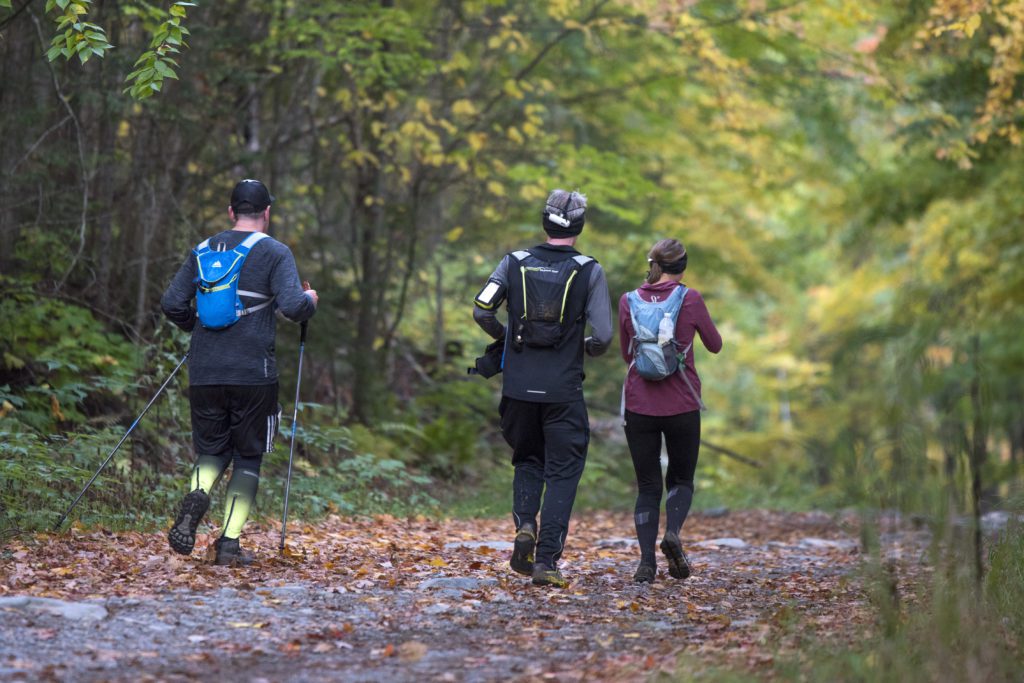 “There’s always something pulling you to the next view,” says Brash. “The Algoma landscape has a way of placing little carrots as rewards to make sure that you get there. I just love being out in nature, and for me it’s like a meditation.”

Brash was overwhelmed by the support for the inaugural 2019 UT Stokely Creek, held in early October to coincide with the blazing reds and golds of autumn. After a flood of registrations, Brash capped the event, which included 5K, 15K, 32K, 55K and 83K courses, at 150 runners. He admits he devilishly sought out every scrap of elevation gain in plotting the routes. The 15K discipline, 2019’s most popular category with 80 runners, included an ascent of King Mountain, a granite monolith that is one of Ontario’s highest points of land. Meanwhile, the 83K ultra included an astounding 2,480 metres of elevation gain on a single-loop course, capturing all of Brash’s favourite root-choked ascents and jaw-dropping lookouts. “I tried to include everything that I would want to see if I was a runner coming here for the first time,” the organizer says. “I wanted to make sure to include every possible view that needed to be seen out there. But you never see anything twice, which is super cool.” 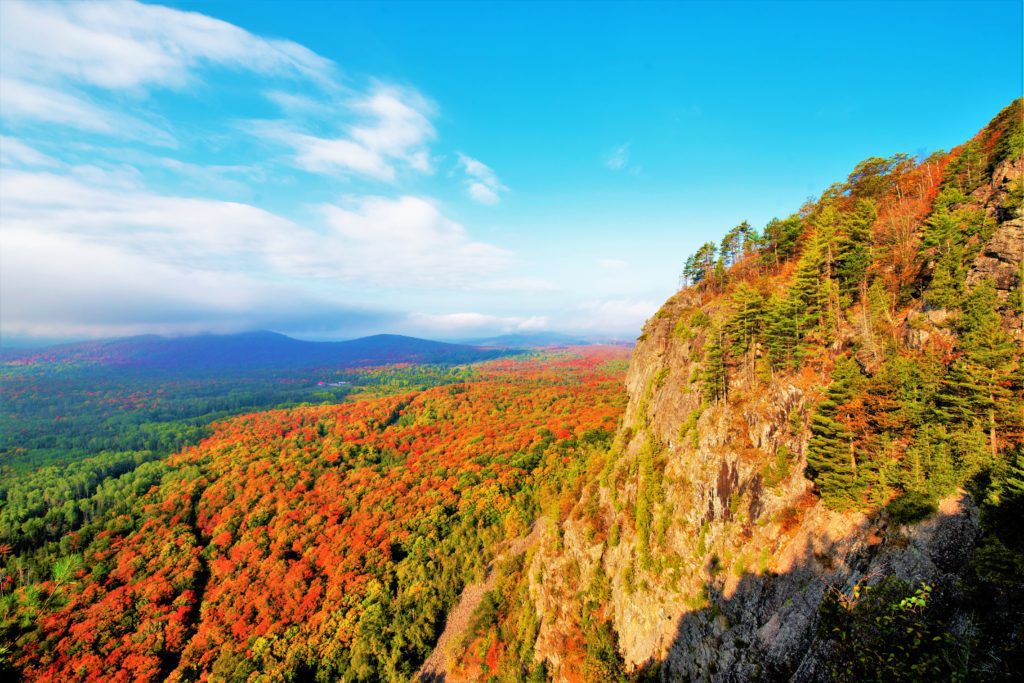 Decidedly ass-kicking terrain was central to Brash’s ultimate goal of getting the Stokely race recognized as a qualifier for France’s legendary Ultra Trail Mont-Blanc. For his part, Brash travelled to the United States to earn enough finisher points to qualify for the lottery for the 101K Mont-Blanc race. He successfully applied for the 2018 event, and travelled to France to experience a race-day scene that he compares to the Super Bowl. The 2020 Ultra Trail Stokely will be be the first International Trail Running Association-accredited event in Ontario, after becoming officially recognized as a qualifier for the Ultra Trail Mont-Blanc–four years earlier than expected. 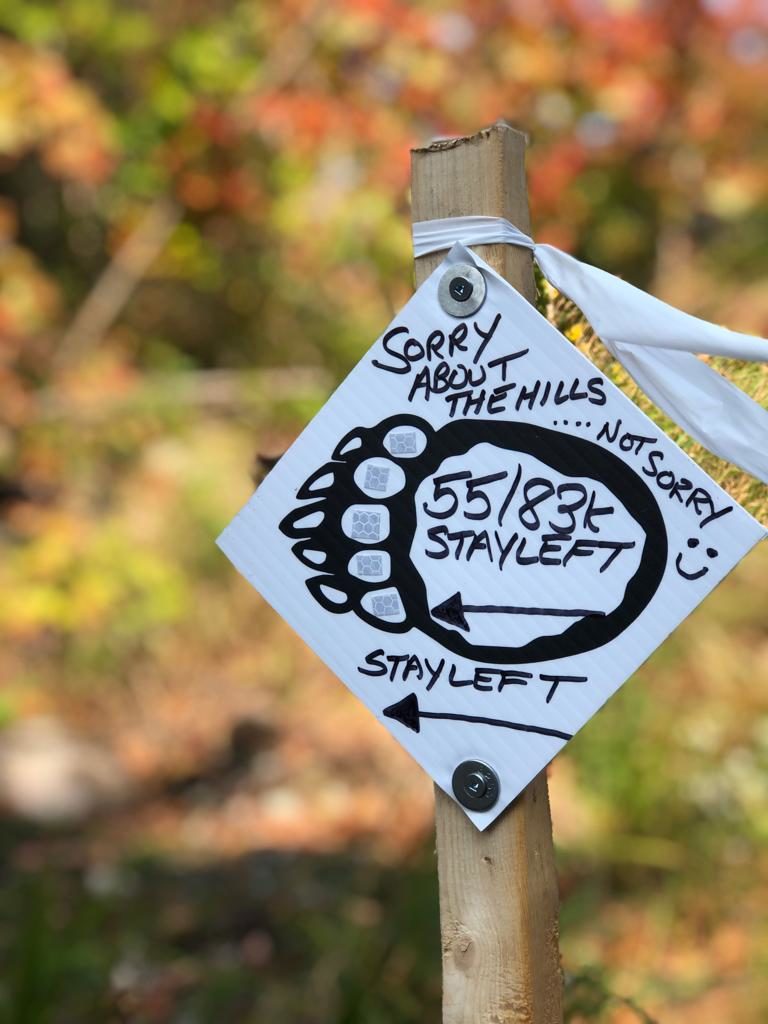 While the UT Stokely Creek may lack the massive crowds of the trail-running World Tour, the 2019 races garnered glowing reviews from participants. “Whether it was navigating wet singletrack or scrambling up and down steep cliffs, there was almost no reprieve for a mental break,” recalls Zach Sayre, a Michigan-based runner who won the 55K category in 5:52:00. “I had to be focused on the trail for essentially the entire time in order to just stay on my feet.”

After crossing the finish line, racers enjoyed the gourmet food and cozy, Nordic-style accommodations that have made Stokely Creek Lodge a closely-guarded secret among cross-country skiers. Another key partner in the event is the Algoma Highlands Conservancy, a non-profit land trust whose property encompasses the majority of Brash’s beloved trails. “I’m excited to be a champion for them,” says Brash. “Without their support we don’t have a race.” 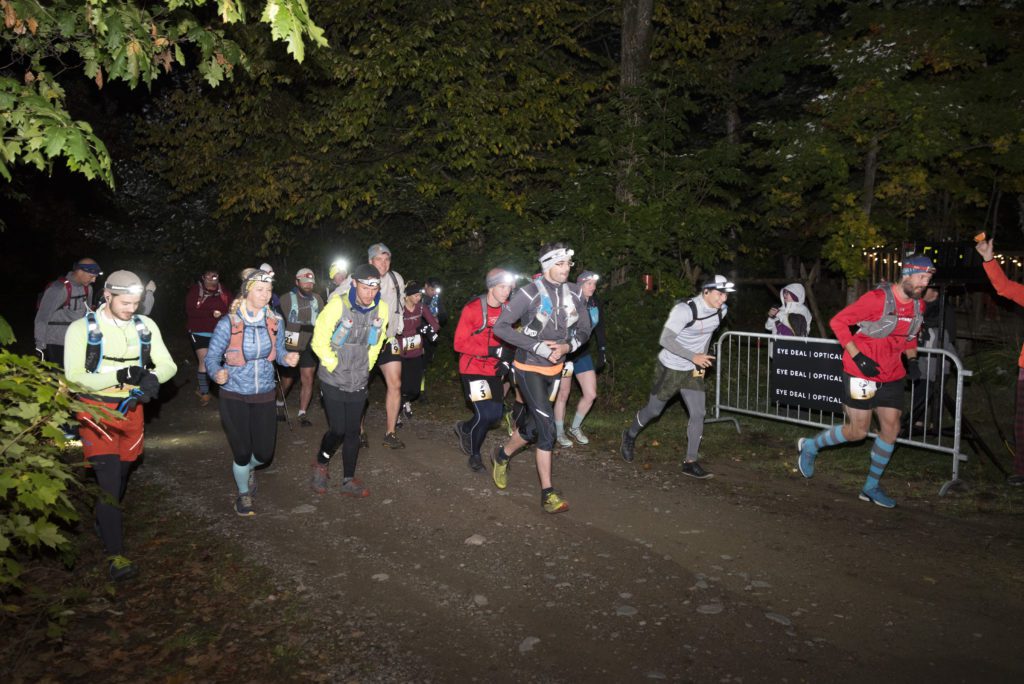 Looking ahead, Brash hopes to double registration for the 2020 UT Stokely Creek, which is scheduled for October 3. Brash admits to feeling no fear of missing out in staying on the sidelines to handle logistics on race day. “I had so many people cross the finish line and say, ‘You’re an evil man!’” he says. “But don’t forget, I was cursing myself when I was running these courses, too.”

“I believe there’s a glaring hole in the market,” adds Brash. “People need to come and see the Algoma Highlands and get beaten up by them a little bit.”